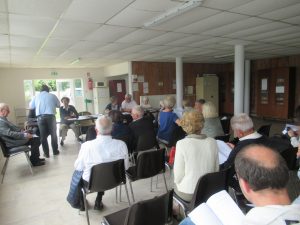 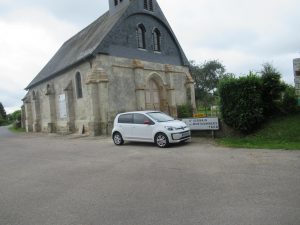 Church at Ste Foy de Montgommery, France, where work for restoration and identification of Montgomery burials is taking place

For people who wish to make a donation for the restoration of the fortified enclosure (or fortress) of Sainte-Foy de Montgommery and perhaps also to join the association (10 euro per year for 1 person and 15 euro for 2 persons .)

Here is some information :

– there were different stages 1) the first: this fortress of Roger I of Montgommery has already had facilities: – the ditches were cleared – a staircase to climb from the center of the enclosure to the top of the embankment was built – electricity has been brought

2) the second stage planned for the 2018/2019 period includes: – the layout of the entrance from the road – the construction of a second stairway to descend from the slope – thanks to drones and laser techniques archaeologists will realize a survey that will allow you to see the subsoil up to 60 to 80 centimeters deep – creation of a “Montgommery circuit” for cultural and tourist visits to the main sites of Saint-Germain and Sainte-Foy de Montgommery – restoration of the church of Sainte-Foy and the 2 gravestones it shelters under which there are 3 Montgomery burials.

If people are interested in this, a separate PayPay will be set up to facilitate donations and/or membership at “Association Les Montgommerys” 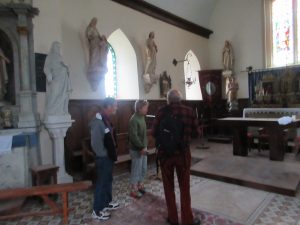 Inside church at Ste Foy de Montgommery, France, where Montgomery burials are to be identified. 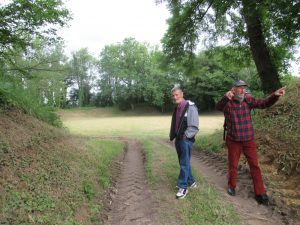